4 Creative Virtual Fundraising Campaigns That Inspired Us This Year

It’s been a challenging year to be a fundraiser. Countless individuals and businesses that would typically share their resources suddenly faced financial hardships. Volunteers that might usually hit the streets to collect funds were suddenly forced to shelter in place. Many in-person events that were months in the making had to be paused indefinitely, and with no clear end date in sight, planning future campaigns with any degree of certainty became nearly impossible.

Out of this difficulty, however, came innovation. Around the world, incredible nonprofits pivoted their strategy and took their fundraising online—reaching new audiences, generating vital resources, and uplifting their communities.

1. Variety — the Children’s Charity of Queensland encouraged people to do good things with bad hair 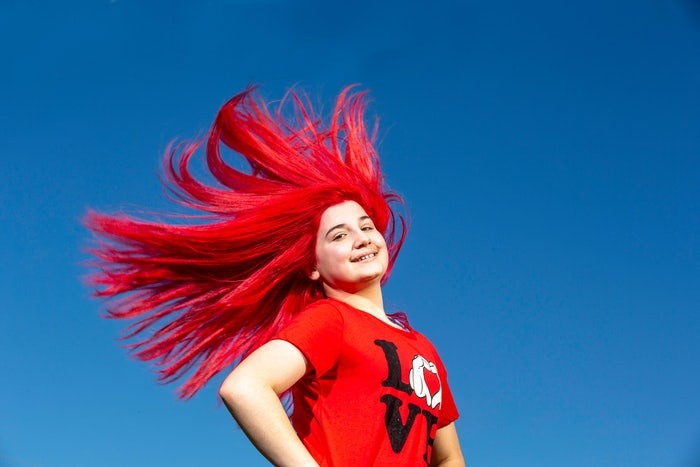 Every year, Variety — the Children’s Charity, supports thousands of kids who are sick, disadvantaged, or have special needs. When the pandemic hit, the Queensland, Australia branch of the nonprofit had to make a quick pivot to ensure they could continue supporting vulnerable children in need. In just a few weeks, the team launched Bad Hair May, a virtual fundraising initiative inspired by the bedheads and outgrown hairstyles common while people were working from home.

Participants were encouraged to grow out their hair until the end of May before doing something brave (or ridiculous) with it. Some participants shaved their heads, dyed their hair a bold color, or gave themselves an outlandish hairstyle—all while sharing pictures on social media to raise money.

The hair was big, but the impact was bigger. Bad Hair May raised almost AU$39,000, with adults and children alike participating.

2. The Fire Fighters Charity empowered supporters to set their own lockdown fundraising challenges

With many of its traditional fundraising initiatives on pause, The Fire Fighters Charity, a nonprofit that assists thousands of serving and retired fire service personnel and their families across the UK in times of need, encouraged supporters to get creative this year—by designing their own fundraising challenges to support the fire services community.

Called the Fire Family Challenge, the initiative allowed supporters to decide what they wanted to do and who they wanted to do it with, as long as they stayed safe and followed the government’s COVID-19 guidelines. Some set themselves physical challenges, from competing in at-home mini triathlons to running on treadmills in full firefighting gear. Others took a different route—like selling cakes from a stall in their garden and live streaming themselves playing video games.

The Fire Family Challenge not only raised thousands of pounds for The Fire Fighters Charity, but also encouraged people to get active and stay entertained while the UK was in lockdown. And by empowering people to set their own challenges, the organization was able to tap the various talents of its supporters to make a difference. 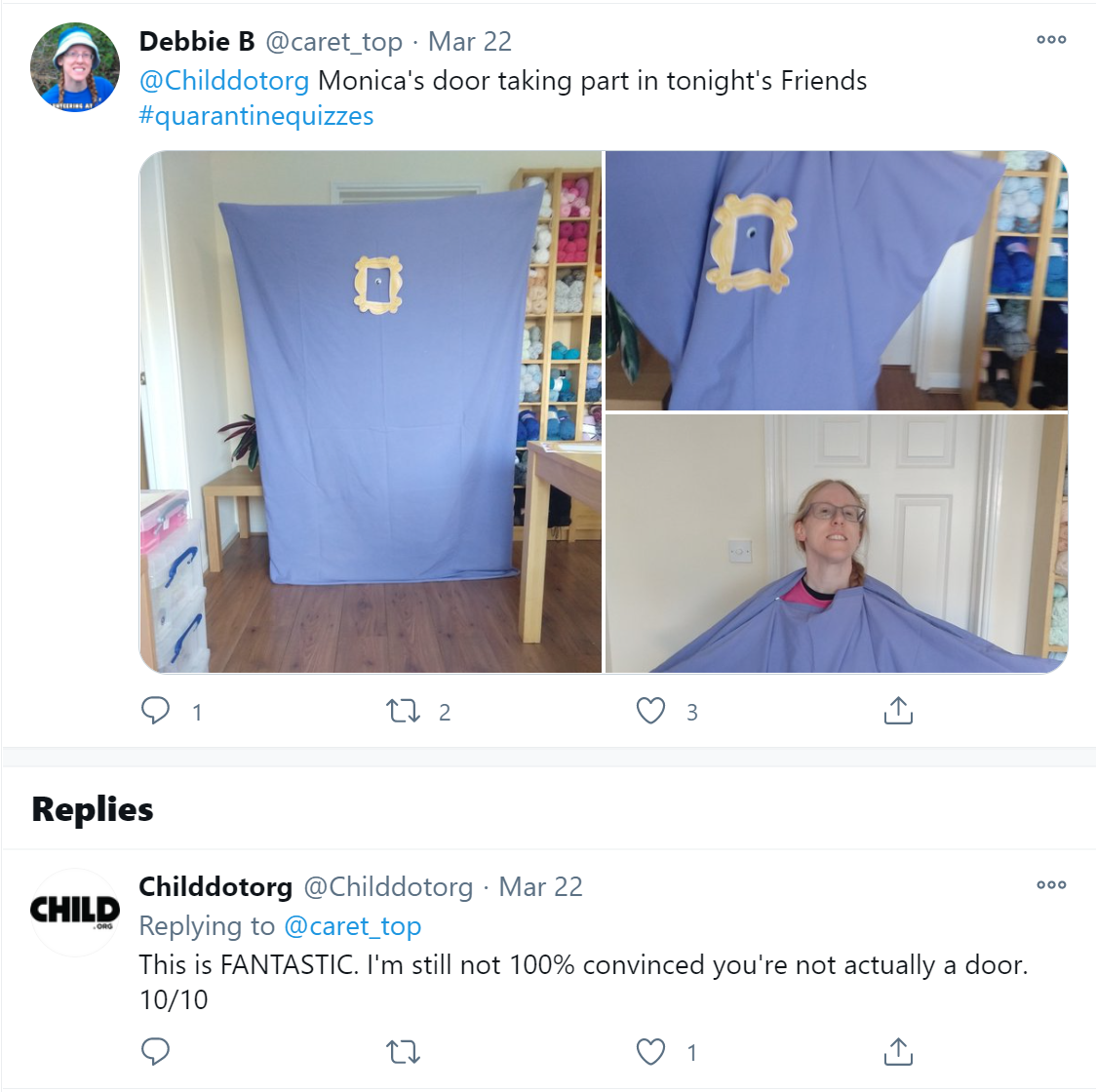 The team at Child.org, an international development nonprofit working to spark progress in global child health, have long been known for their fundraising pub quizzes. When the pandemic forced pubs to temporarily close their doors, Child.org took its legendary quizzes online—keeping supporters entertained while raising critical funds.

Dubbed the Quarantine Quizzes, each event has a different theme, from musicals to football to Game of Thrones. Some supporters have even dressed up!

In the first week alone, 2,500 people participated live—raising £3400 in donations. The events were so popular that some celebrities even got in on the fun, including musician Ellie Goulding.

4. The Alzheimer’s Association swapped out its large-scale walks for individual ones 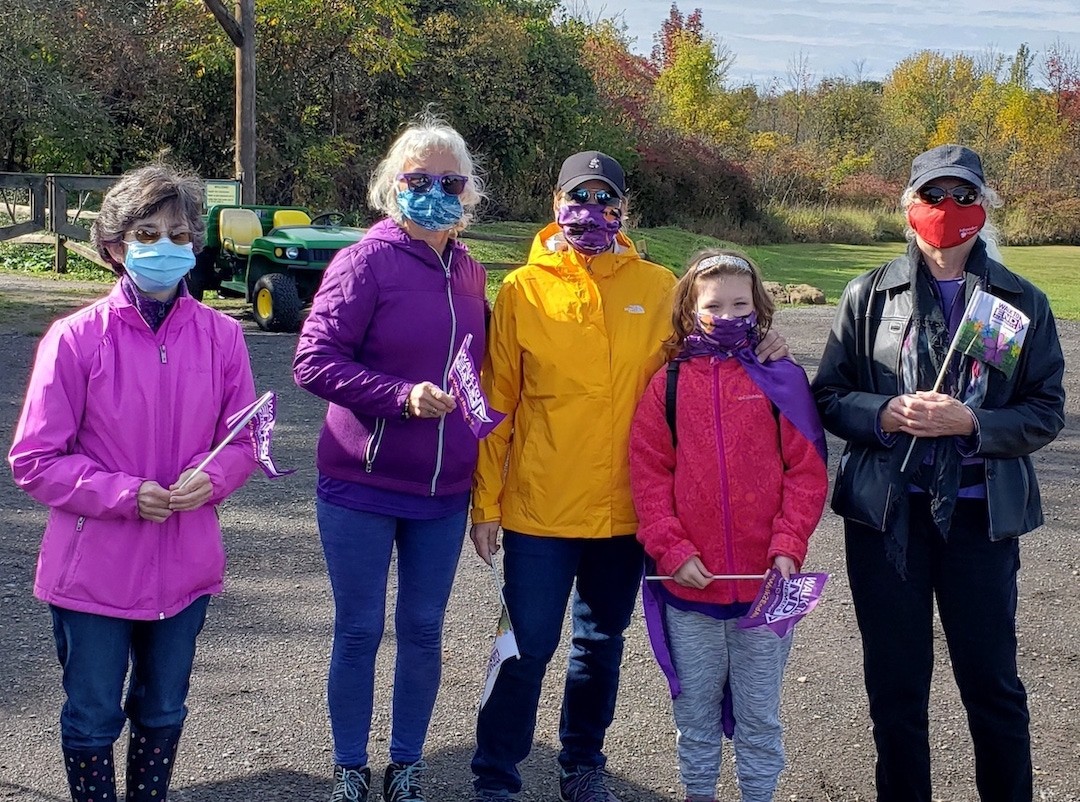 Organized by The Alzheimer’s Association, an organization that aims to end Alzheimer's and all other dementia, the Walk to End Alzheimer's is the world’s largest fundraiser for Alzheimer’s care, support, and research. Held annually in more than 600 communities across the U.S., the event would usually see thousands of participants walking together along predefined routes. But with large gatherings out of the question this year, the Association took the walk virtual—encouraging participants to walk by themselves or in small groups along the sidewalks, tracks, and trails of their choice.

To motivate supporters and recreate the excitement of the large-scale events, many local chapters brought their wraparound events online. In Fresno, California, for example, the community participated in a virtual pep rally and opening ceremony. And in Aiken, South Carolina, the Promise Flowers presentation, in which pinwheel flowers would typically be planted by attendees, was streamed virtually.

So far, the initiative has been a huge success. Participants in Western New York alone (some of whom are pictured above) have raised more than $500,000 to date—without thousands more raised by chapters all around the country.

Get ready for the future of fundraising

Secure your spot by registering today.

Get the latest news and resources. Right in your inbox